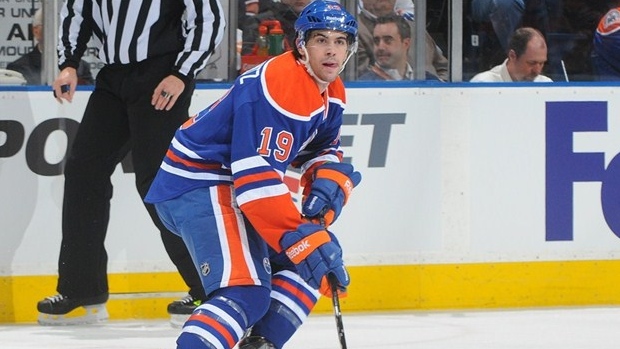 I have always thought of the hockey off-season as the perfect time to deep dive into those difficult player/team analyses that don't seem to have an easy, smoking gun answer. Teams ultimately conduct their operations in a similar manner – if you're not figuring out what went wrong, you're bound to repeat the same mistakes until you're replaced by someone who can.

The Alex Pietrangelo question is a good example of one of those tough queries. All qualitative evidence suggests he's among the league's best defencemen. But, there's no disputing that his underlying numbers – relative to the game's truly elite first-pairing talent around the league – pale in comparison, especially recently. If I'm in the St. Louis front office, I'm throwing a bunch of resources at this question, because I know my team's better off when Pietrangelo and company are dominating the run of play.

Another one of those quirky questions concerns Edmonton defenceman Justin Schultz.

Schultz has had something of a rough go through the first three seasons of his career. A heralded prospect out of the NCAA ranks, his game hasn't materialized quite like Edmonton originally envisioned. Jonathan Willis at the Cult of Hockey recently wrote a great piece about both Schultz's failures to develop, and the organization's mishandling of him as a young player. It's well worth your time.

Schultz's numbers are all over the place in the early phases of his career, He's been a decent point producer, but his goal rates, possession rates, and scoring chance rates are all over the page. The goal rate inconsistencies are a bit more excusable when you consider just how brutal Edmonton's netminding has been over the years, but you'd like to see a bit more reliability and production from a top-four defenceman who plays predominantly with elite talents like Jordan Eberle, Ryan Nugent-Hopkins, and Taylor Hall.

Speaking of his (impressive) common linemates, one would think that Schultz's primary roles pertain to (a) defensive zone play; (b) flipping the ice; (c) generating attacking sequences through the neutral zone; (d) keying and preserving offensive zone cycle; and (e) offering attack from low danger scoring areas near the point. That's an awful lot to be burdened with, but such is life as a top-four defender in today's NHL.

What's curious about Schultz is just how much he is involved in the offence, especially deep in the offensive zone. To capture this, I went ahead and pulled each defenceman's individual scoring chances from high danger areas, then pulled each defenceman's on-ice scoring chances from high danger areas (courtesy WOI, last five years). What I wanted to see was if any defenceman, chiefly Schultz, was acting as the 'finisher' (or shooter) on a disproportionate percentage of 'Grade A' shots.

Here's the full data set, and the notables below:

What is this saying? Basically, Schultz is the shooter on a bizarrely high number of 'Grade A' scoring chances (which we primarily define through proximity to the net), more than three standard deviations from the league average.

There are a couple of reasons why Schultz's spot on this list here is odd. For one, you could easily argue that Erik Karlsson is the best offensive defenceman in the league, and he's the shooter on less than half as many 'Grade A' scoring chances as Schultz. On the other side of the spectrum, you have P.K. Subban – just as competent, and yet only the shooter on 1.9 per cent of 'Grade A' scoring chances. If Karlsson and Subban (and basically every other superior offensive option) are sitting significantly below Schultz's number, is there reason for concern?

I also included Yannick Weber on this table solely for the purposes of showing just how wide the gap is between Schultz and everyone else. He's more than two percentage points clear of any other player.

I'm not entirely sure to what extent this high a rate is problematic. It does strike me as rather odd though that a defenceman is so frequently shooting from so close to the net and it could be punitive on both ends of the ice.

Obviously, each shot Schultz takes from that area is a shot that a player like Eberle, Nugent-Hopkins, or Hall doesn't take. But, I think this can also speak to what can happen in the 10 or 20 seconds following a Schultz 'Grade A' chance. In the offensive end, beggars can't be choosers – if you have a chance to generate a shot from that area, you take it every time.

However, it's possible the frequency in which Schultz is driving to the net is detrimental in and of itself. Each time Schultz takes and misses a 'Grade A' scoring chance, he is trapped in deep, and Edmonton is forced to recollect and rotate to cover in the event of a counterattack.

And, that only speaks to Schultz's actual missed shots. There are undoubtedly frequent occurrences in which Schultz drives to the net and either fails to get a shot off or doesn't even receive the puck from a passer. In the event Edmonton doesn't score, same problem – you have a defenceman in deep, and a team in scramble mode.

Player tracking will be able to answer this type of question with significantly more accuracy in the coming years. For now, we are left with approximations. Still, it's a question worth looking into, especially if it's yielding negative returns on both ends of the ice.