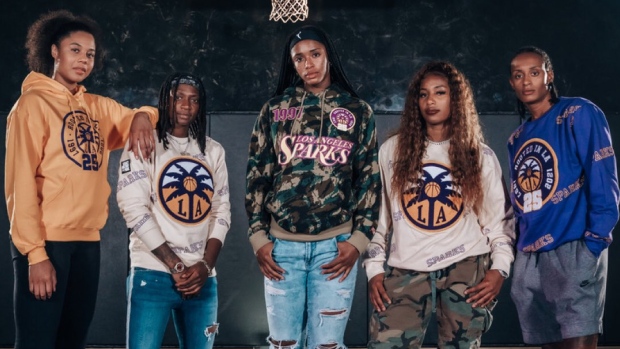 The Los Angeles Sparks are collaborating with Atlanta-based clothing company LegacyHistoryPride on a new line of team apparel with a portion of the sales to go towards underserved students interested in attending historically Black colleges and universities (HBCUs).

The line includes five items, including crewneck sweaters, a team-branded T-shirt and shorts. LegacyHistoryPride is a company that designs apparel celebrating the history of HBCUs, and many of their items were worn by Chris Paul in the NBA’s restart in Orlando last year when he spoke often about the importance of HBCUs.

Both the NBA and the WNBA have made a focused effort to support HBCUs through various initiatives in the last year, including at this season's NBA All-Star Game when many of the game's events were dedicated to providing financial support for HBCU students and institutions.

The WNBA has released new jerseys and other team apparel this year to a favourable response. Many Sparks players including Te’a Cooper and Erica Wheeler shared positive reactions to the new gear on Twitter.