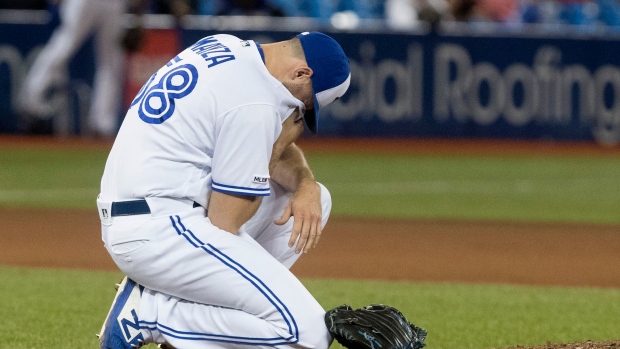 Mayza dropped to the mound holding his left arm after throwing a ball wildly to Didi Gregorius in the 10th inning of their Friday night game against the New York Yankees.

After the game an MRI showed the UCL was torn, ending his 2019 season, and likely keeping him out for all 2020.