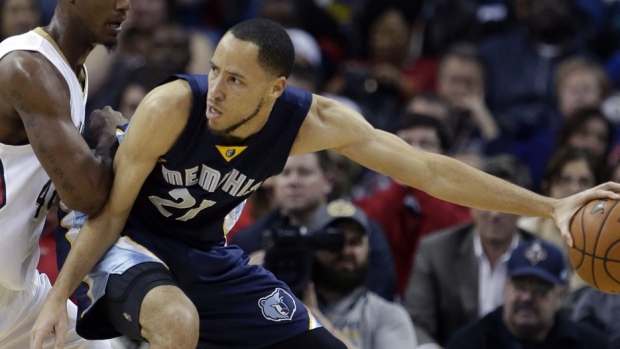 MINNEAPOLIS - The Minnesota Timberwolves have announced the signing of veteran forward Tayshaun Prince.

The Wolves agreed to terms last week with Prince on a one-year deal for the veteran minimum. The contract became official on Thursday, giving the Wolves another veteran to mentor a young roster.

Prince averaged 7.5 points in 58 games last year for Memphis, Detroit and Boston. He spent three years playing for Wolves coach Flip Saunders when the two were together in Detroit.

Saunders says he thinks Prince will help bring a defensive mindset that will benefit youngsters like Andrew Wiggins, Zach LaVine and Shabazz Muhammad.

The Wolves also have Kevin Garnett to mentor the big men and Andre Miller to help tutor the guards.