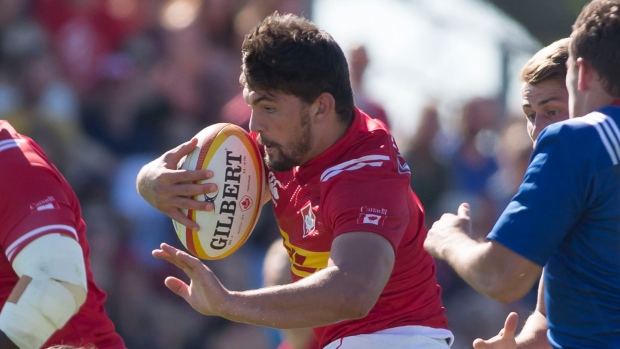 Rugby ATL, which lost the championship game 31-17 to the first-year Giltinis on Aug. 1 in Los Angeles, placed Chance Wenglewski and Johan Momsen on the first team.

Rumball, a flanker, and Lesage, a centre, are both Canadian internationals.

Rumball ranked first in the league in breakdown steals (22) and defensive ruck arrivals (124), and seventh in tackles (156). Lesage ranked fifth in linebreaks (14) and eighth in offloads (14).

The Arrows, forced to play the entire 2021 season out of suburban Atlanta because of pandemic-related travel restrictions, finished sixth in the Eastern Conference at 5-11-0. With the 2020 season called after five matches due to COVID-19, the Arrows have not played at home since June 2, 2019.

Former Wallabies star Adam Ashley Cooper, another member of the Giltinis, made the second all-star team as did former England international Ben Foden and former All Black Andy Ellis, both with Rugby United New York.

The all-MLR teams were voted on by MLR media, referees and "stats specialists." The league's individual end-of-season awards will be announced later this week

This report by The Canadian Press was first published Aug. 9, 2021