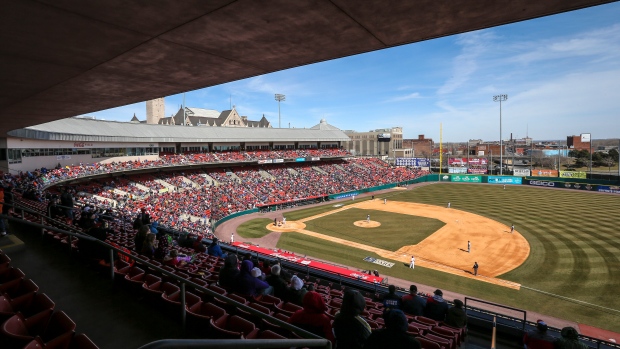 The Toronto Blue Jays announced their minor-league staffs on Monday, confirming the appointment of former Montreal Expos utility player Casey Candaele as the new manager of the Triple-A Buffalo Bisons.

Candaele, 60, played 743 games over nine seasons in the big leagues with the Expos, Houston Astros and Cleveland. The native of Lompoc, CA had been the manager of the High-A Vancouver Canadians before the promotion.

Candaele replaces Ken Huckaby, who did not actually get to manage the Bisons on-field. A Jay in his playing days, Huckaby was hired in January of 2020 to succeed Bobby Meachem, who was not retained as manager at the end of the 2019 season following three years on the job. Huckaby was fired by the Jays as part of an organizational restructuring last summer while minor-league baseball was inactive for the year due to the COVID-19 pandemic.

The minor-league baseball season is set to begin on Apr. 6.