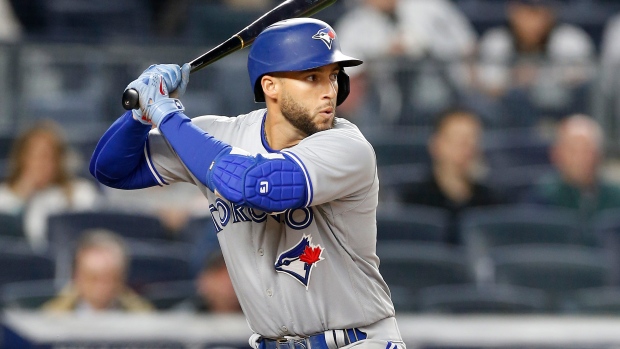 UPDATE: OF George Springer was removed from tonight's game with right elbow discomfort.

After the game, manager Charlie Montoyo told reporters Springer has been battling the injury for some time and isn't likely to play as the Jays wrap up the series in Chicago Wednesday afternoon.

Cavan Biggio pinch hit for Springer, who was batting in the leadoff spot as the designated hitter. Springer finished the game 0-for-3 with three strikeouts.

Toronto went on to lose the matchup 7-6 in 12 innings as infielder Josh Harrison brought home the winning run with a single into centre field.