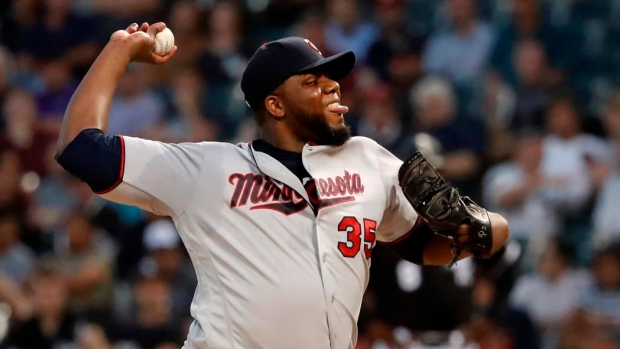 The Toronto Blue Jays have checked in on right-handed starter Michael Pineda, according to TSN Blue Jays reporter Scott Mitchell.

#BlueJays have checked in on big 6-foot-7 right-hander Michael Pineda, per sources.
In his age-30 season, Pineda posted a 4.01 ERA across 26 starts with Twins before a PED suspension ended his season.
There’s risk, but some very intriguing upside, too.

Mitchell adds the Blue Jays have touched base with just about every other pitcher on the free agent market from Zack Wheeler on down.

Pineda was impressive in 26 starts last season, pitching to an ERA of 4.01 and a WHIP of 1.15. However, his season comes with an asterisk as the 6-foot-7 righty was suspended 60 games under Major League Baseball's Drug and Prevention Program in September for testing positive for a diuretic. The ban means that he is set to miss the first 29 games of the 2020 season.

The suspension cost him about $1 million in salary, but also cost him the chance to put the finishing touches on a nice bounce back season after missing all of 2018 and half of 2017 due to Tommy John surgery.

Prior to his time in the Twin Cities, Pineda spent four seasons with the New York Yankees and one with the Seattle Mariners. He owns a career ERA of 4.04 in parts of six big league seasons and was an All-Star in 2011.