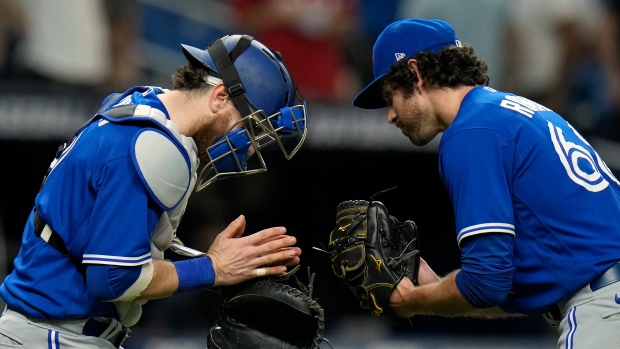 Toronto Blue Jays closer Jordan Romano is dealing with a gastrointestinal infection, general manger Ross Atkins told reporters on Wednesday. Atkins added that the club does not expect Romano to need a stint on the injured list.

Romano, 29, is considered day-today after missing Tuesday's win against the Seattle Mariners due to the illness. Romano last pitched on Saturday against the Tampa Bay Rays.

The Canadian has recorded 12 saves over 16 appearances with a 3.07 ERA and 17 strikeouts.

Romano is in his fourth year with the Jays after being selected by the club in the 10th round of the 2014 MLB Draft.