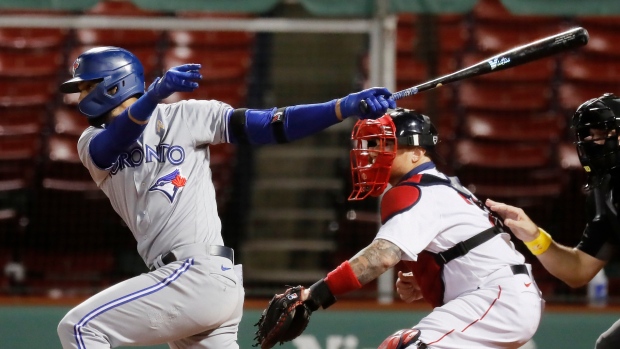 Oh My Lourdes 😱@yunitogurriel is your AL Player of the Week! 🍍 pic.twitter.com/wzZ92LwuIl

Gurriel Jr. posted a .467 average with two homers, six RBIs, three doubles and a 1.282 OPS to capture the weekly award.

The 26-year-old’s huge week has helped the Blue Jays move past the New York Yankees into second place in the AL East with a 23-18 record.

The Jays are currently the fifth seed in the American League playoff race.