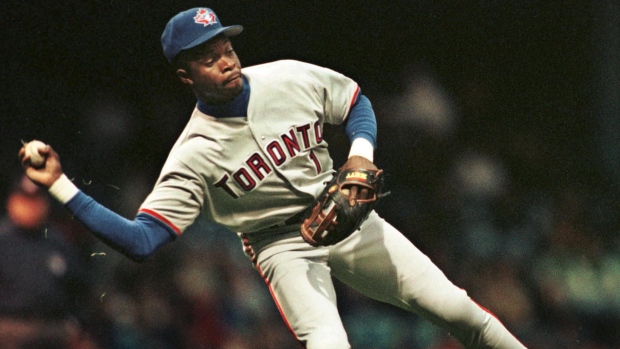 DUNEDIN, Fla. — The Toronto Blue Jays are mourning the loss of one of the most unique and popular players in club history.

Known for his trademark sidearm sling and his calm bat waggle from both sides of the plate, Tony Fernandez died late Saturday night at the age of 57.

Signed by the Jays out of the Dominican in 1979, Fernandez played 17 seasons in the majors, including 12 of them in a Blue Jays uniform across four separate stints.

“The Toronto Blue Jays are deeply saddened by the passing of Tony Fernandez today, one of our club’s most celebrated and respected players,” the statement read. “Enshrined forever in Blue Jays history on the Level of Excellence, Tony left an equally indelible mark in the hearts of a generation of Blue Jays fans during his 12 unforgettable seasons with the team.

“His impact on the baseball community in Toronto and across Canada is immeasurable. Our deepest condolences are with the Fernandez family during this time.”

The years that mattered were his first eight seasons in Toronto from 1983 until 1990 when he was traded to the San Diego Padres along with Fred McGriff in a franchise-altering deal that brought cornerstones Roberto Alomar and Joe Carter to the Blue Jays.

That deal, made on Dec. 5, 1990, helped propel the Carter and Alomar-led Blue Jays to back-to-back World Series titles, but Fernandez returned for the second ring when he was traded from the New York Mets back to the Jays midway through the 1993 season.

Fernandez proved to be instrumental, hitting .306 in 94 regular season games to help get the Jays to the postseason, before driving in nine runs in the six-game World Series victory over the Philadelphia Phillies.

“Tony was very quiet,” said former Jays centre fielder Devon White. “I was that guy that always gave him a hard time … if he’s going to let me catch a ball today. We had a good relationship up the middle, me, him and Robbie. He’ll definitely be missed.”

But Fernandez did his best work with the glove, earning glowing scouting reports for his range at shortstop and winning four Gold Gloves (1986-89).

“When he was at his best, I didn’t want to play against him because I was an (California) Angel at the time,” White said. “When he came back with Toronto, we were just so strong up the middle defensively for as long as I can remember playing with the Blue Jays. When I played against him, I just didn’t want him to throw me out from the hole. That’s what he’s known for — throwing off balance and throwing on the ham to first base. It was a challenge for me, ‘You’re not going to get me like that.’”

His ability to range deep into the hole or steal a hit up the middle was a joy to watch in the 1990s. Years later, the advanced numbers would back up the eye test, with Fernandez accumulating 43.5 fWAR over this career, a lot of it on the strength of his elite defence.

“He had his own style and I don’t think anybody can duplicate that,” White said. “(Troy) Tulowitzki came close, but not like Tony.”

Fernandez was enshrined on the team’s Level of Excellence in 2001, inducted into the Ontario Sports Hall of Fame in 2016, and returned to Toronto in 2018 to be a part of the 25th anniversary celebration for the 1993 World Series team.

His health had been in decline recently after being diagnosed with polycystic kidney disease in 2017.