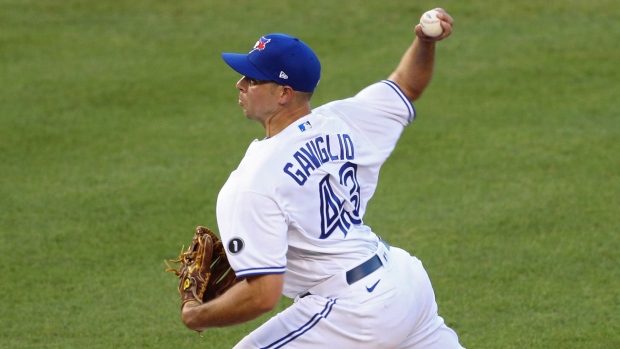 The Toronto Blue Jays reinstated outfielder Jonathan Davis from the injured list Sunday and optioned him to the team's alternate training site in Rochester, N.Y.

Right-handed reliever Sam Gaviglio was also optioned Sunday to the team's taxi squad while left-handed pitcher Brian Moran was claimed off waivers by the Miami Marlins.

Davis has been on the 10-day injured list since July 1, retroactive to June 30, but the team did not disclose his injury.

Gaviglio has pitched one inning with the Blue Jays this season, allowing three runs and three walks with one strikeout. He was 4-2 with a 4.61 earned-run average over 95 2/3 innings with Toronto last year.

The Blue Jays' weekend series against the Philadelphia Phillies was postponed Thursday after a member of Philadelphia's staff tested positive for COVID-19.

Toronto is set to open a three-game series at Atlanta on Tuesday.

This report by The Canadian Press was first published Aug. 2, 2020.