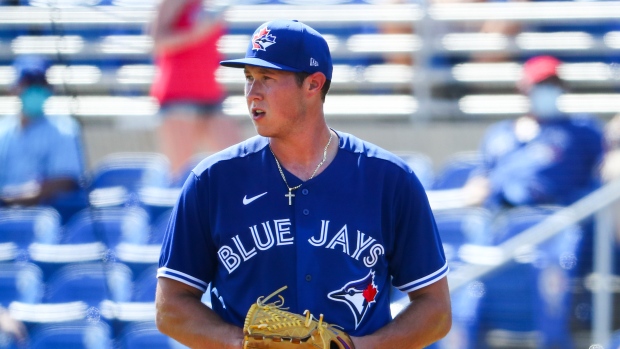 Toronto Blue Jays pitcher Nate Pearson, who was optioned to Triple-A Buffalo on Tuesday, has a mild right shoulder impingement and will not be able to make his next scheduled start for the Bisons.

#BlueJays update on Nate Pearson:
He reported a mild right shoulder impingement yesterday. He was able to long toss but will not make his next scheduled start for Triple-A Buffalo.

Pearson reported the injury on Thursday. The pitcher was, however, able to long toss.

Pearson, who started this season on the injured list with a right adductor strain, has only made one start for the Blue Jays. In his lone start, he allowed three runs on four hits and five walks over 2 1/3 innings in a loss to the Houston Astros on Sunday.

The 24-year-old right-hander made his major league debut for the Blue Jays last July.