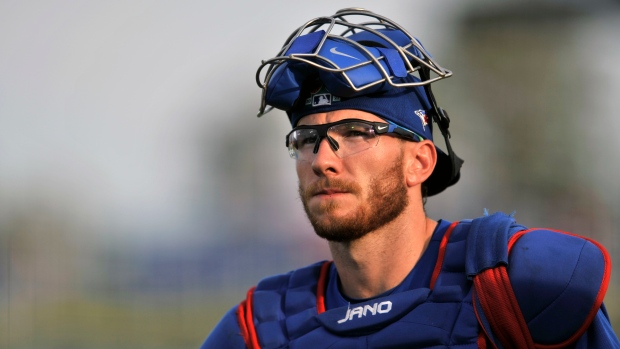 Toronto Blue Jays manager Charlie Montoyo announced Tuesday that Danny Jansen is getting "close" to a return from his hamstring injury.

He went on the injured list last week and would be eligible to return on Thursday.

Montoyo also said left-hander Ryan Borucki is playing catch but has not thrown off a mound yet as he continues to recover from an elbow injury.

Meanwhile, the Jays said they are recalling infielder Santiago Espinal from triple-A Buffalo. He will be active for Tuesday night's series-opener against the New York Yankees.

Outfielder Jonathan Davis is heading to the paternity list, opening a spot for Espinal on the active roster.