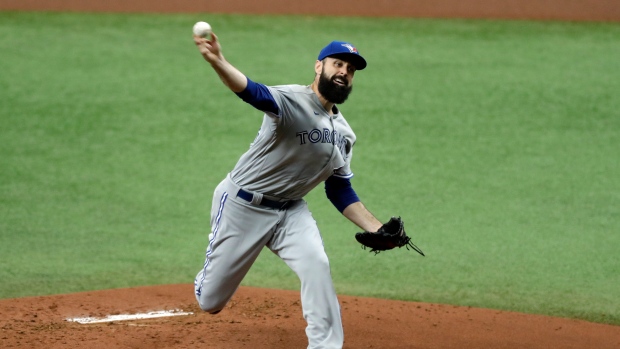 The Toronto Blue Jays have activated RHP Matt Shoemaker from the 10-day injured list ahead of his scheduled start Monday against the New York Yankees.

In a corresponding roster move, the Jays placed RHP Julian Merryweather on the 10-day injured list, retroactive to September 18, with right elbow tendinitis.

Shoemaker has been out with a shoulder injury. The 33-year-old has made five starts this season, recording an 0-1 record with a 4.91 earned run average and 25 strikeouts in 25.2 innings.

Nate Pearson threw two innings in a sim game today.
If he feels good coming out of that, #BlueJays will determine next steps.
He’s close to impacting this pitching staff, likely in a 2-3 inning opener-type role to begin with.