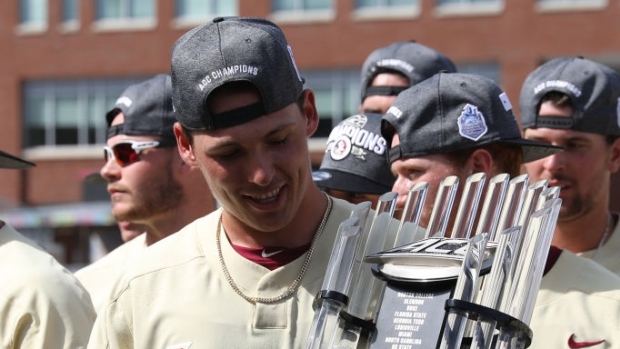 TORONTO — The Toronto Blue Jays have signed 2020 second-round draft choice CJ Van Eyk to a contract along with two other players selected from this year's First-Year Player Draft.

Van Eyk, a 21-year-old right-handed pitcher from Florida State University, had a record of 18-5 during his three seasons playing college baseball.

Palmer was the Jays' third-round choice while Britton was selected in the fifth round.

Palmer's record at Jacksonville University was 8-5 through two seasons of play to go with a 3.85 ERA while Britton had a batting average of .280 and hit seven home runs through three seasons at the University of Louisville.