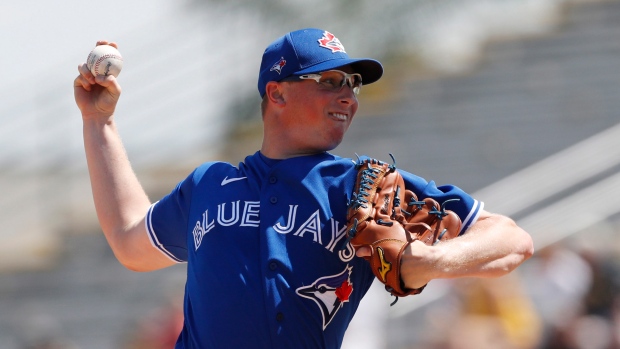 The Toronto Blue Jays have recalled pitcher Trent Thornton from Triple-A Buffalo and he will be active for Sunday’s game.

To make room on the active roster, outfielder Jonathan Davis has been optioned to Buffalo.

Thornton has appeared in 26 games this season for the Jays, including three starts, and has posted a 1-3 record with a 4.78 ERA in 37.2 innings.