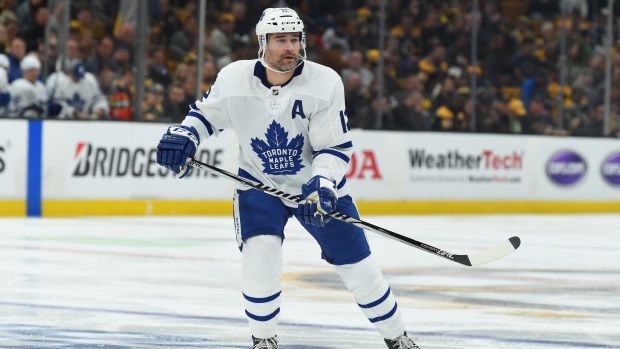 The Toronto Maple Leafs and Arizona Coyotes have chatted about a potential Patrick Marleau deal, according to a report from TSN Hockey Insider Pierre LeBrun.

Leafs and Coyotes have also chatted about Patrick Marleau. My sense is that for Arizona to get more interested Toronto would have to attach a premium asset in the trade as well.

LeBrun added his sense is that for the Coyotes to get more interested in taking Marleau in a trade, the Maple Leafs would have to attach a premium asset as well.

Marleau signed with the Leafs as a free agent two summers ago and has one year remaining on his three-year, $18.75 million deal that includes a no-move clause.

In 82 regular season games last year, Marleau had 16 goals and 21 assists. He added two assists in seven playoff games as the Leafs fell to the Boston Bruins in seven games.

The 39-year-old Marleau sits second on the NHL's active goals list with 551, well back of Alex Ovechkin's leading total of 658.

Next season would be his 22nd at the NHL level.