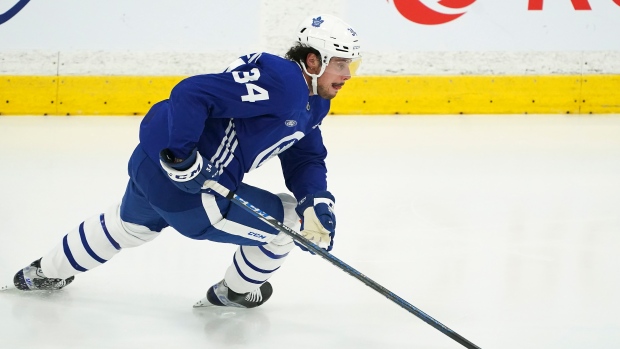 Toronto Maple Leafs star centre Auston Matthews, who didn't play in any preseason games as he was recovering from off-season wrist surgery, is not expected to be available for any games this week as the 2021-22 season opens up, according to head coach Sheldon Keefe.

In other injury news, forward Ilya Mikheyev has a broken thumb that requires surgery and will miss a minimum of eight weeks.