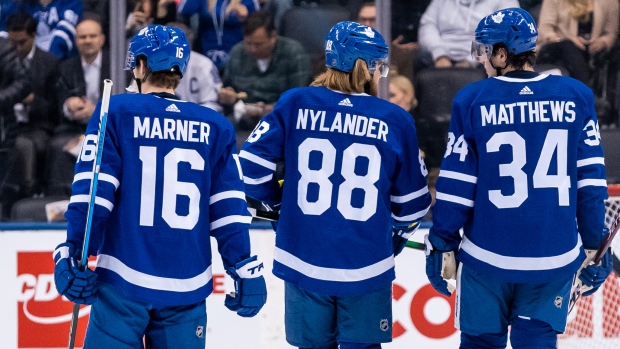 The Toronto Maple Leafs have clinched a playoff berth after they defeated the Montreal Canadiens 3-2 on Saturday night.

The Maple Leafs join the Florida Panthers, Colorado Avalanche, New York Rangers, and Carolina Hurricanes as the only teams to cement their place in post-season play.

Toronto currently sits in second place in the Atlantic Division and are eight points back of the first-place Panthers and five points ahead of the third-place Boston Bruins.

The Stanley Cup playoffs begin on Monday, May 2.