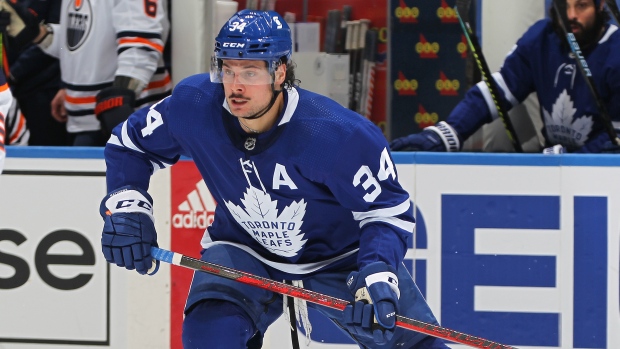 Matthews, who leads the NHL in goals with 18, appeared to aggravate the injury in Wednesday's 2-1 win over the Calgary Flames. While Keefe said Matthews wasn't comfortable taking the opening faceoff in overtime, he added that he does not believe the injury has gotten worse.

"We'll see how he is. (The training staff) will continue to take care of him and monitor it," Keefe said. "We don't think it's anything more at this point than what he's been dealing with virtually all season."

After seeing his 16-game point streak come to an end in Monday's loss to the Flames, Matthews posted two assists on Wednesday. He has been held without a point in just two of the 20 games he's played in this season.

The Maple Leafs will be back on the ice Saturday for the first of three road games against the Edmonton Oilers.