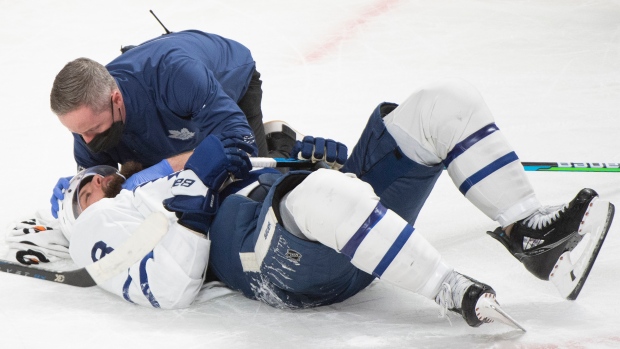 Muzzin and Habs defenceman Chris Wideman collided with each other in Montreal's zone with Muzzin falling and hitting his head on the ice. After receiving attention he was able to leave under his own power to the dressing room.

Muzzin missed the third period for precautionary reasons as the Leafs dropped a 5-2 decision. The team announced he would spend the night in Montreal for further testing and observation.

Muzzin has had some bad luck with injuries during his time in Toronto, including missing time with a broken foot in 2019-20 and seven games earlier this season with a concussion.