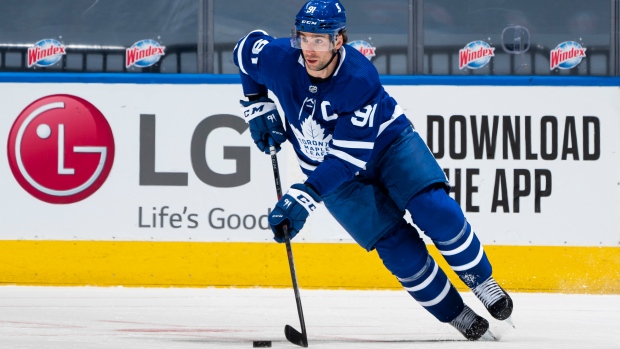 After the skate, head coach Sheldon Keefe confirmed that Tavares would not be available to play in Game 7.

The 30-year-old has not played since suffering a concussion and a knee injury in a scary collision with Canadiens forward Corey Perry in Game 1 of the best-of-seven series.

Ben Hutton, Martin Marincin and Rasmus Sandin participated on defence and goaltenders Frederik Andersen, Jack Campbell, Michael Hutchinson and David Rittich were also on the ice for the Leafs.