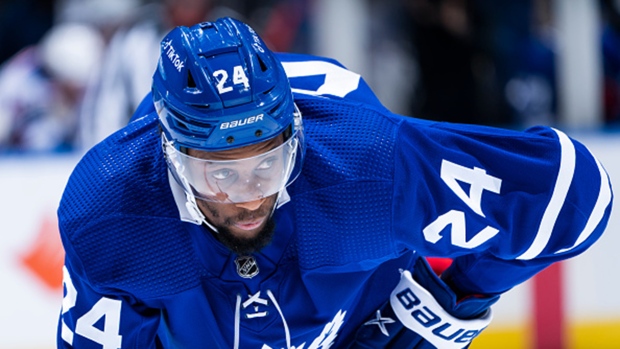 Toronto Maple Leafs forwards Kyle Clifford and Wayne Simmonds were both fined on Friday for actions against the Tampa Bay Lightning.

Clifford was fined $2,500 for high-sticking Corey Perry, while Simmonds received a $2,250 fine for charging Mikhail Sergachev in the Leafs' 8-1 blowout loss Thursday night.

Both fines were the maximum allowable under the CBA for Cifford who carries a $1 million cap hit this season and Simmonds, signed at a $900,000 salary.

Toronto’s Wayne Simmonds has been fined $2,250, the maximum allowable under the CBA, for Charging Tampa Bay’s Mikhail Sergachev.

Neither Clifford or Simmonds received penalties for the actions they were fined for, but both received 10-minute misconducts in the third period of the loss.

The Maple Leafs will continue their Florida road trip against the Panthers on Saturday.