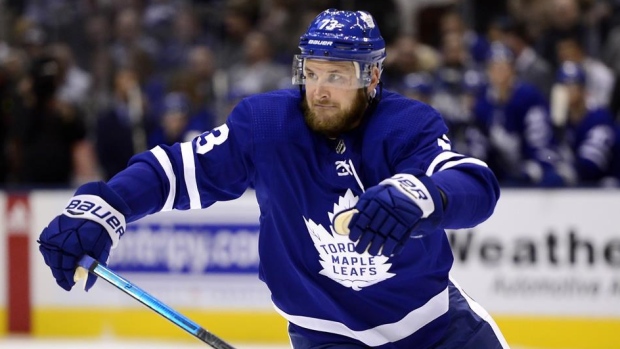 TORONTO — Forward Kyle Clifford was acquired by the Toronto Maple Leafs in a trade with the St. Louis Blues on Tuesday in exchange for future considerations.

The 30-year-old Clifford has 65 goals and 75 assists in 728 career NHL games between Los Angeles, Toronto and St. Louis.

Clifford was previously acquired by Toronto in a trade with Los Angeles on Feb. 5, 2020.

He skated in 16 regular-season games with the Maple Leafs, scoring once and adding two assists and then added an assist in four playoff games.

Clifford was originally selected by the Kings in the second round, 35th overall, of the 2009 NHL draft.

This report by The Canadian Press was first published Nov. 16, 2021.