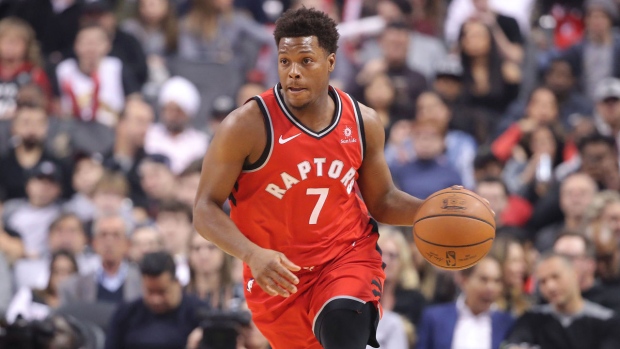 The Toronto Raptors have extended guard Kyle Lowry on a one-year, $31 million deal, according to his agent, Mark Bartelstein, per ESPN's Adrian Wojnarowski.

"We are so appreciative of how Masai and Bobby handled every aspect of this negotiation," Bartelstein told ESPN. "Once again, they displayed how they look after their players in a first-class manner, especially someone like Kyle who they recognize has such a legacy with the franchise."

The 33-year-old was previously scheduled to become an unrestricted free agent next summer and carries and will earn $33.3 million this season.

According to ESPN, Lowry is the first player older than 33 to get an extension that includes a first-year salary-cap hit above $30 million.

Lowry averaged 14.2 points, 4.8 rebounds and 8.7 assists over 65 games last season, his seventh in Toronto. Despite dealing with a thumb injury for most of the playoffs, Lowry averaged 15 points, 6.6 assists and 4.9 rebounds over 24 games in the postseason as Toronto captured their first NBA title in franchise history.

Lowry underwent thumb surgery in the off-season and is awaiting clearance to participate in training camp.