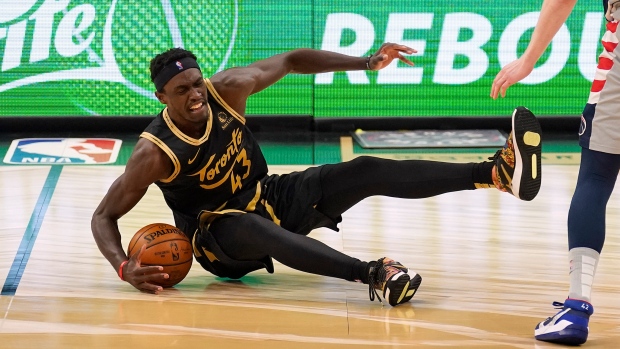 Toronto Raptors forward Pascal Siakam told reporters Monday he is going to get some imaging done on his shoulder strain and is day-to-day, tweets TSN's Josh Lewenberg.

Pascal Siakam says he's going to get some imaging done on his shoulder strain today, calls himself day-to-day.

Siakam played just over 30 minutes in Toronto's most recent game, a 10-point loss to the Memphis Grizzlies. He finished with 18 points, three rebounds and four assists. Siakam scored 44 points in his previous outing against the Washington Wizards last week.

The Raptors have four games left in the regular season, taking on the Los Angeles Clippers Tuesday, the Chicago Bulls Thursday followed by the Dallas Mavericks and Indiana Pacers over the weekend to wrap things up.