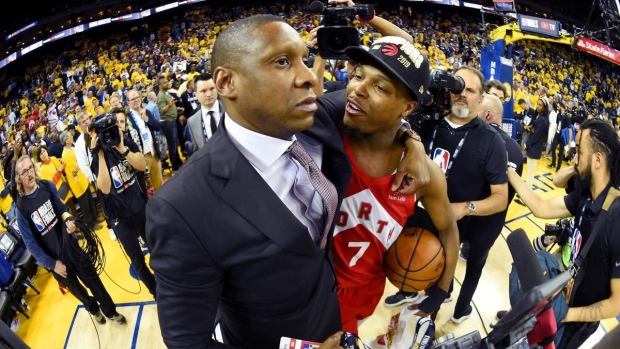 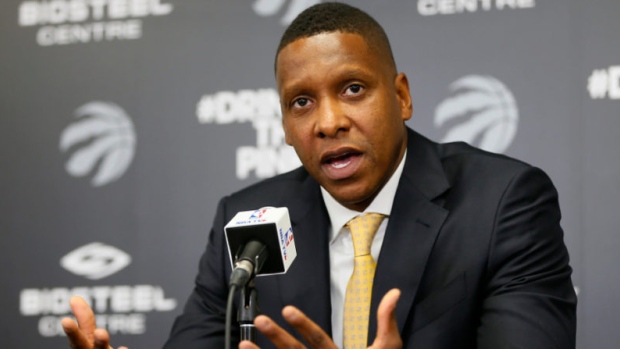 SAN FRANCISCO — California prosecutors announced Tuesday that they won't charge Toronto Raptors president Masai Ujiri for shoving a sheriff's deputy after the decisive Game 6 of the NBA Finals on June 13.

The Alameda County district attorney's office announced the decision as the Raptors were in Toronto receiving their championship rings for defeating the Golden State Warriors.

The DA's office said it met with Ujiri and his attorneys on Monday and decided the matter was better handled "outside of the courtroom."

"I am extremely pleased with the decision," Ujiri said in a statement issued through the team from Toronto, where the Raptors opened their 2019-20 regular season against the New Orleans Pelicans.

"While these past months have been difficult waiting for a determination on this matter, I understand the nature of the process and am appreciative of the efforts of all involved," Ujiri said. "I am happy that this is now behind me and I look forward to the task of bringing another championship to the City of Toronto."

The Raptors had just won their first-ever title after taking Game 6 of the NBA finals at Oracle Arena on June 13 when Ujiri went onto the court to join his celebrating team.

A sheriff's deputy stopped him because Ujiri didn't provide the proper on-court credential, leading to a shoving match that was partially captured on video.

Several bystanders intervened and Ujiri got onto the court without displaying any credentials.

An attorney for the deputy contended that the deputy suffered a concussion. The Sheriff's Office only said that he was placed on medical leave. The office filed a report of misdemeanour battery with the district attorney's office.

An effort to contact a spokesman for the Sheriff's Office on Tuesday was unsuccessful. Messages to the Deputy Sheriffs' Association of Alameda County seeking comment from the deputy weren't immediately returned.

"It was definitely the right conclusion," he said, calling Ujiri "a decent human being and a good man."