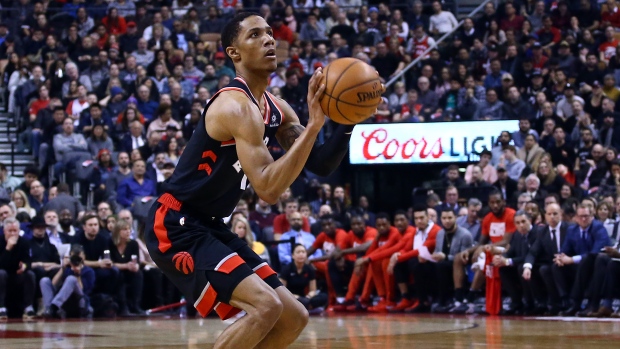 The Toronto Raptors have tendered qualifying offers to both Nando De Colo and Patrick McCaw per league sources.

This makes both De Colo and McCaw restricted free agents and the Raptors will retain the right to match any offer sheet either player signs.

In doing so, the Raptors make the pair restricted free agents and retain the rights to match any offer sheet either might sign.

The Raptors signed McCaw in January after being waived by the Cleveland Cavaliers.

McCaw played 48 minutes over 11 playoff games for the Raptors, winning his third straight NBA title having spent the first two seasons of his career with the Golden State Warriors.

De Colo, 32, hasn't played in the NBA since 2014. The French guard has spent the last five seasons with CSKA Moscow where De Colo has won a number of honours including two EuroLeague titles, as well as EuroLeague MVP in 2016.

De Colo spent two seasons in the NBA with the San Antonio Spurs and Raptors.