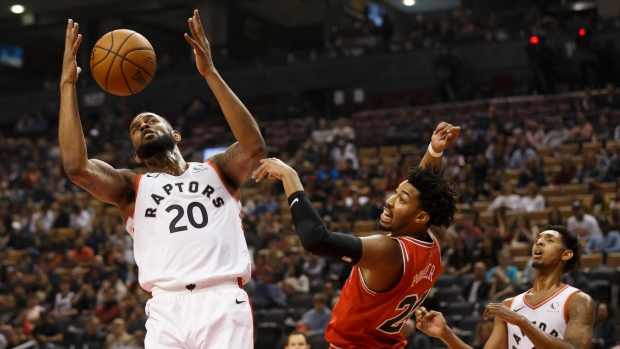 A second-round pick in 2019 out of Miami, the 23-year-old Hernandez appeared in six games for the team last season and totalled 28 minutes on court.

Now, the big question is what the Raptors will do with Terence Davis, who's deal also becomes guaranteed on Sunday. A much tougher decision, with his strong rookie season and on-court upside clouded by off-court concerns and the very serious charges he's facing.

His stint in the G League was brief, as well, appearing in just nine games.

The waiving of Hernandez opens up a roster spot for the club.