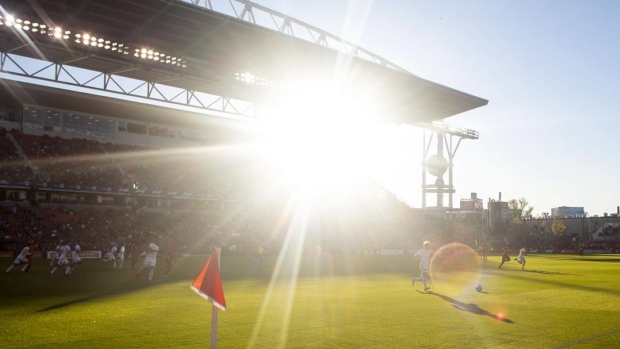 TORONTO — Two of Canada's home matches in the CONCACAF Nations League will be played at Toronto's BMO Field.

Canada's men's senior team will host Cuba on Sept. 6 and the United States on Oct. 15, Soccer Canada announced on Thursday. The two home matches are part of a four-match series that features an away match against Cuba on Sept. 10 and a game in the U.S. on Nov. 15.

"The opportunity to play at home is always an honour and a privilege for the players and the staff," said John Herdman, Canada's head coach. "To have our own fans there, our boys have been dying for these moments, so we're excited to get back and start showing Canadians our quality.

"These games at home are all about getting results, results which will be critical to our FIFA World Cup qualifiers process. Our fans play a big role in pushing our team forward, so we look forward to seeing a packed house at BMO Field."

It will be the first time Canada has hosted the United States in a competitive match since 1997. The two sides have since faced each other four times in the CONCACAF Gold Cup including the 2007 semifinals.

Canada most recently hosted Cuba in 2012 as part of a home-and-away set during the group stage of FIFA World Cup qualifiers. Canada won the first match away 1-0 and the second match 3-0 at home.