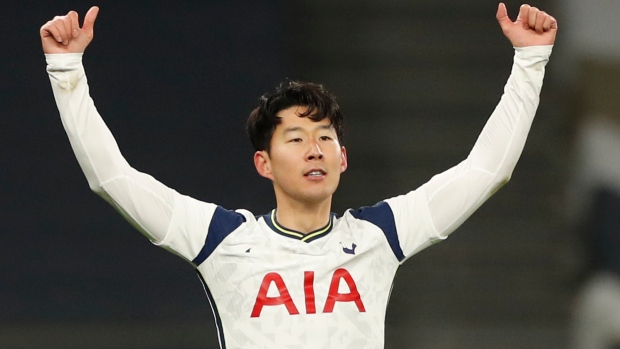 Tottenham Hotspur is keeping one of its stars in the fold for another four years.

The club announced the signing of forward Son Heung-min to a new deal that will take the South Korea forward through 2025.

"There was no decision," Son said in a statement. "It was easy. I'm so happy to be here and will be so glad to see the fans again soon. It was already a big honour to play here for six years. The club have showed me massive, massive respect and obviously I'm very happy to be here."

Son, 27, heads into his seventh season with the club following a £22 million move from Bayer Leverkusen.

"Everyone can see the real positive impact he has on the club, both on and off the field, and we are delighted that he will play a part in what we are trying to achieve in the coming years," Spurs director of football Fabio Patrici said.

In six seasons with Spurs, Son has scored Premier League goals in 197 appearances.

Spurs, who finished seventh last season and will compete in the inaugural Europa Conference League, kicks off their 2021-2022 league campaign on August 15 when they host defending champions Manchester City.