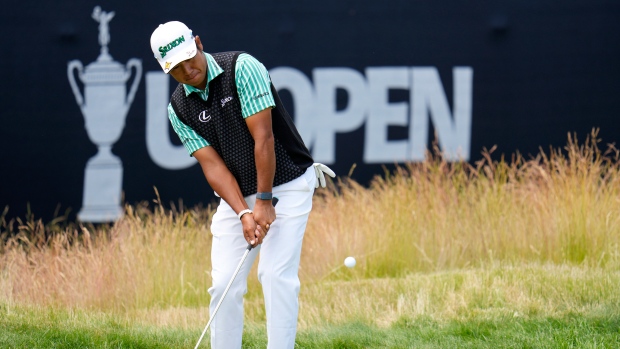 A whipping wind and dry conditions at The Country Club are sending scores soaring early in the third round of the U.S. Open.

The field was a combined 103 over par shortly after 2 p.m. -- with only three golfers in the red. Co-leaders Collin Morikawa and Joel Dahmen don’t tee off until 3:45 p.m. They were minus-5 through 36 holes.

Will Zalatoris was one of the few making birdies on Saturday morning, knocking in a 40-foot putt for birdie on the second hole and just missing another from 30 feet on No. 3.

Zalatoris is looking for his first major championship. He finished second at the Masters last year, and was the runner-up at this year’s PGA Championship.