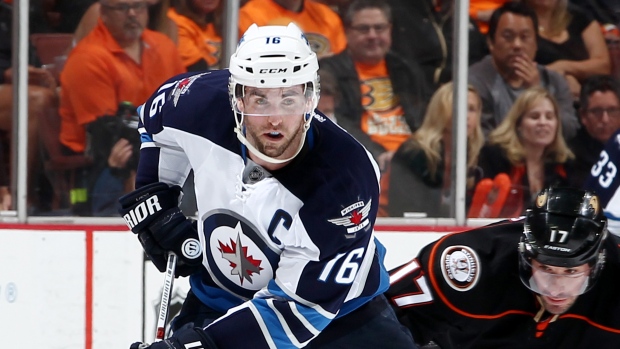 The Anaheim Ducks are stockpiled with young defencemen. Against the Edmonton Oilers on Tuesday, the Ducks dressed five defencemen under the age of 25, and the team has three more prospects at the ready.

Jim Matheson of the Edmonton Journal doubts Ducks general manager Bob Murray will part with any of the five d-men in the NHL, nor top prospect Shea Theodore, but thinks prospects Brandon Montour and Jacob Larsson could be used as trade bait.

Matheson wonders if Murray will try to move one of the two rising prospects to acquire a rental top-six forward, such as Andrew Ladd or Loui Eriksson.

Montour, a second round pick in 2014, has eight goals and 38 points in 44 games with the AHL’s San Diego Gulls this season. Larsson was selected by the Ducks in the first round of last year’s draft.

If the Ducks decide to move one of their current defencemen, Matheson points out Sami Vatanen as a player who could be moved for a non-rental winger.

The Ducks currently sit second in the Pacific Division, three points back of the Los Angeles Kings.

There was no shortage of scouts at Tuesday night’s game between the Ducks and Oilers, TSN’s Ryan Rishaug notes 13 teams were represented.

The Chicago Blackhawks placed defenceman Rob Scuderi on waivers Tuesday, which could help them make a move ahead of the trade deadline.

Chris Hine of the Chicago Tribune points out the move will clear $950,000 in cap space should Scuderi clear waivers today.

The Blackhawks acquired Scuderi from the Pittsburgh Penguins in December. He owns a cap hit of 3.375 million, but the Penguins retained one third of that in the trade.

UPDATE: Scuderi cleared waivers and was assigned to the AHL.

Boston Bruins winger Loui Eriksson has been the subject of trade speculation as he plays on an expiring contract, but he may not be on the market after all.

TSN Hockey Insider Darren Dreger said on Tuesday’s Insider Trading the Bruins would prefer to keep Eriksson on a three- to four-year deal.

Eriksson, 30, has 20 goals and 25 assists in 57 games with the Bruins this season. He currently owns a cap hit of $4.25 million and owns a partial no-trade clause.