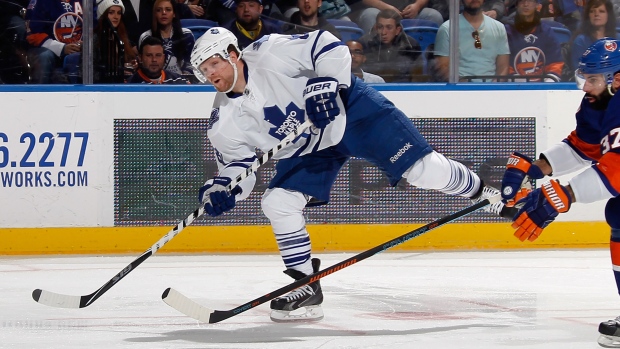 Florida Sun-Sentinal beat writer Harvey Fialkov tweeted Monday that the Panthers are not willing to part with a "young stud" to get him.

NHL scouts from around the league were out in full force for Sunday's action.

Chris Kuc of the Chicago Tribune tweeted that Montreal Canadiens general anager Marc Bergevin was listed on the seating chart for the game between the Chicago Blackhawks and the Pittsburgh Penguins, while Los Angeles Times sports columnist Helene Elliott tweeted a much more robust list of the attendees for Sunday's matchup between the Anaheim Ducks and Washington Capitals.

Twelve different NHL clubs, including the Toronto Maple Leafs and two scouts from the Tampa Bay Lightning, were on hand at the Honda Center to watch the Capitals defeat the Ducks.

Erik Erlendsson of the Tampa Bay Tribune wrote Sunday that the Lightning are reportedly in the market for a defenceman and a top-six forward and will likely be tied to remaining trade bait like D Jeff Petry, D Zbynek Michalek, D Andrej Sekera and D Marek Zidlicky.

Erlendsson writes that in Tampa Bay's current salary cap situation it would make the most sense to take on a rental player, however general manager Steve Yzerman can be unpredictable at times.