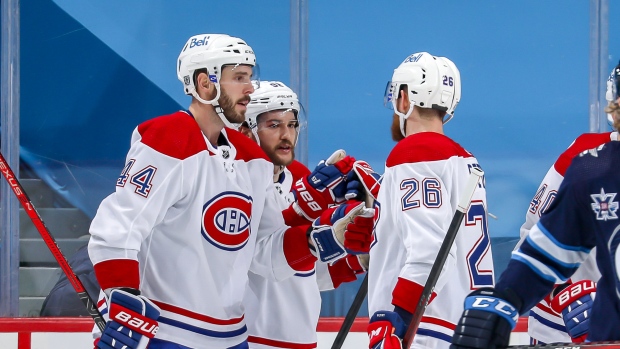 Do the Montreal Canadiens have the best defensive pairing in the North Division?

I’m starting to think the answer to that question is yes. When general manager Marc Bergevin signed Joel Edmundson to a four-year, $14 million-dollar contract this past off-season, it seemed likely he would be slotted into the team’s second pairing alongside Jeff Petry. Behind the Shea Weber and Ben Chiarot pairing, it gave Montreal a very stable top four on the blueline.

Neither player is particularly offensively flashy nor intimidating defensively, but their results as a pairing are outstanding. I think a lot of that is attributed to the fact that the duo has no discernible weakness – they are both strong skaters and puck movers and play exceptionally well within structure. Combine their ability to transition the ice with speedy Canadiens attackers up front, and you have a recipe for success.

If we look at a sampling of some of the most productive defenders in the North Division, the Petry and Edmundson pairing keeps appearing at the top of the list. Whether we use a Goals Above Replacement regression model or simply look at how on-ice goal differentials (both actual and expected) have moved with respective players on the ice, the Montreal second pairing holds the pole position:

It is true that there is an obvious talent skew to the forward group in the North Division – calling Petry and Edmundson the best pairing in their division would be more contentious if you were comparing them to options in the West Division, where Colorado’s Cale Makar/Samuel Girard pairing and Minnesota’s duo of Jonas Brodin and Matt Dumba would have similarly strong arguments.

But it’s not lost on me that the talent skew in the North is a two-sided coin: their results are coming against some really impressive offences, and no forward group has been able to solve them with any degree of regularity.

A lot of this comes down to sheer territorial domination. The Canadiens being +13 (+25 goals for, -12 goals against) with this pairing on the ice does get some lift from some strong percentages on both ends of the ice. The Canadiens are shooting 10.5 per cent at even strength with the second pair on the ice, and are stopping 93.0 per cent of shots faced. The latter is significantly variant from other Montreal skaters, especially since Carey Price has struggled this season.

But they also are more than 100 shots better (57.5 per cent Corsi%) than their opponents to start the season, which is a remarkable accomplishment 25 games and a few hundred minutes in.

And, on the foundation of such a significant shot advantage, another truism: The balance between blueline relief valve options and forwards crashing the interior makes Montreal quite dangerous offensively, whereas on the defensive side of things, attackers cannot crack the Petry/Edmundson duo.

Consider Edmundson’s shot profile for just a moment to illustrate this, courtesy HockeyViz: 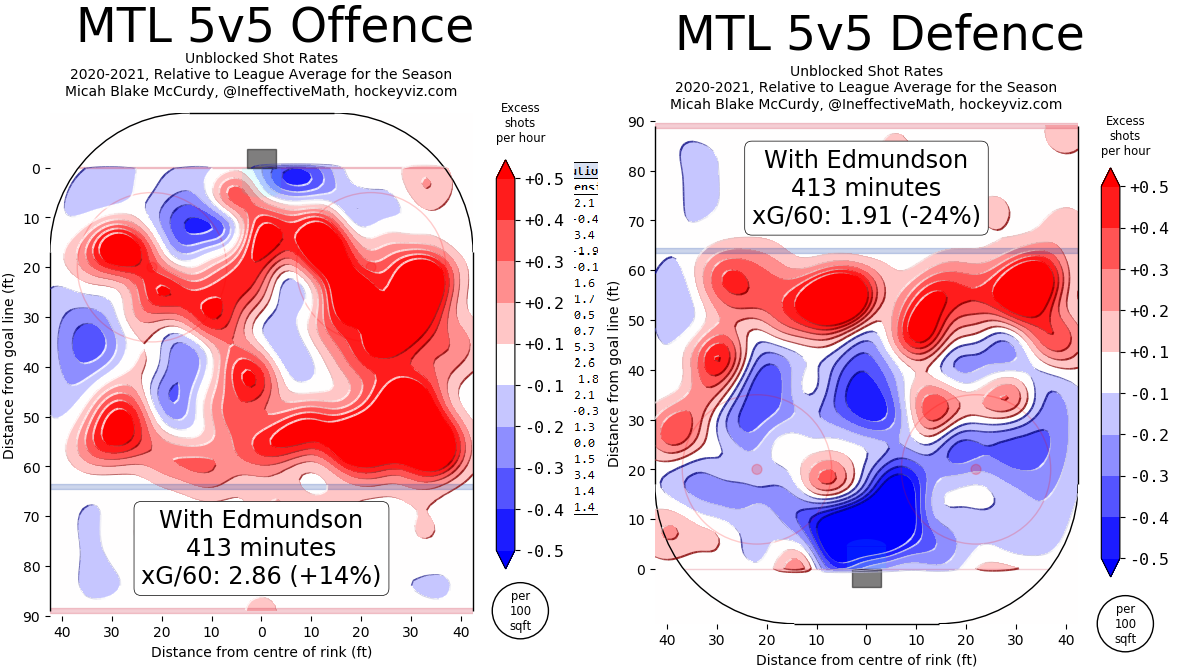 The other thing that’s noteworthy to me is that the pairing seems to get results with any forward combination. Let’s look at the numbers of the pairing when playing with a given Montreal centre:

They really can be deployed with strong forwards or weak forwards, and against strong opposition or weak opposition. In every scenario so far this season, they have quite frankly pulverized who they have played against.

Keep an eye on this pair going forward. Montreal is still in position to chase down a playoff bid, and an argument can be made that Petry and Edmundson are the biggest drivers behind that run.