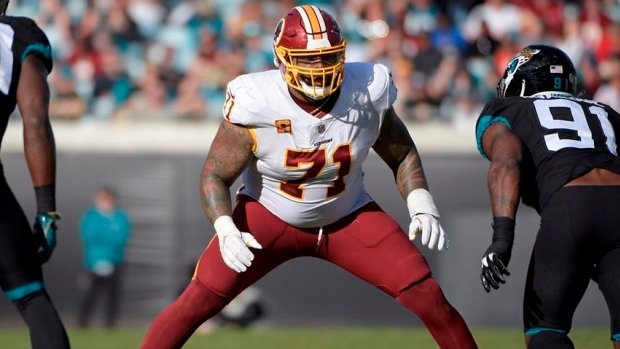 In a memo sent to reporters Tuesday, Washington left tackle Trent Williams’ agent Vince Taylor reiterated his client’s wish to be traded or released from the team, adding he believes the team has not negotiated a trade for his client in good faith.

"The relationship between the Redskins and Trent Williams has reached a point where it’s in the best interest that the Redskins trade or release him.

Despite its knowledge of the irreconcilable differences, Washington was unable (or unwilling) to negotiate a trade of Williams. The team then gave Williams and his representatives the right to seek trading partners. Williams’ representatives provided the team with trading options, but the Redskins have shown no interest in negotiating in good faith, and, in fact, have given inconsistent demands on what it wants in return for a trade.

Throughout the process, Williams has maintained his silence and not spoken negatively about the team nor has he pursued potential legal actions. This seems to not be a successful strategy. Players who are outwardly critical of the team do get traded.

Although Trent Williams will always love and respect Dan Snyder, his teammates, and the Washington Redskins’ fans, he wants to be traded or released. It’s time for the organization to act in a manner that is in both Williams’ and the team’s best interest."

Washington allowed Williams, a seven-time Pro Bowler, to negotiate a trade earlier this off-season, with Taylor saying he provided the team with trade options but they gave inconsistent demands on what they want in a return.

Williams has spent his entire career in Washington after the team drafted him fourth overall in 2010. The 31-year-old played nine straight seasons, earning trips to the Pro Bowl in the last seven, before taking last year off.