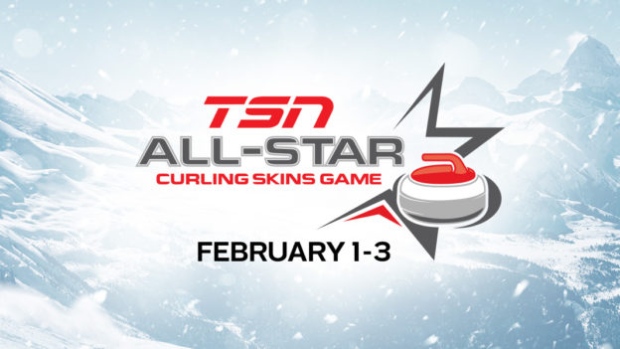 With the fan-favourite event returning to the Fenlands Banff Recreation Centre for the fifth time, TSN’s production of the 2019 TSN ALL-STAR CURLING SKINS GAME is supported by a roster of premier Canadian sponsors, including Everest Funeral Concierge, Kubota Canada Inc., The Rimrock Resort Hotel, Meridian Manufacturing, Banff & Lake Louise Tourism, and Eye On the Ice.

TSN delivers all six matchups of the tournament, which will be available for live streaming for TSN and TSN Direct subscribers via TSN.ca and the TSN app. Fans can visit TSN.ca/CurlingSkins for more information.

The tournament features eight elite Canadian curling teams, as $100,000 in cash is up for grabs on both the men’s and women’s sides of the draw.

Ticket and Accommodation Packages
Men’s and Women’s All Draw and Individual Draw ticket packages are available for purchase now through The Banff Centre. Fans can call 1-800-413-8368 for more information.

Exclusive accommodation and ticket packages for the TSN ALL-STAR CURLING SKINS GAME are also available. Fans can visit RimrockResort.com/TSN or call 1-888-RIMROCK for information on the hotel’s various packages.