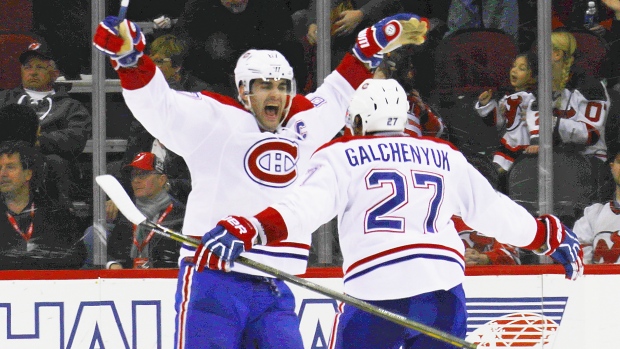 “It is with great pride that we welcome the Montreal Canadiens back to TSN with an expansive slate of marquee games,” said Stewart Johnston, President, Bell Media Studios and TSN. “The addition of the Canadiens to our schedule broadens even further our strong NHL hockey offering and is yet another example of the breadth and depth of our programming roster.”

“We are very pleased to have entered a new partnership agreement with TSN for the Canadiens English television regional broadcasting rights,” said Geoff Molson, owner, president and CEO of the Montreal Canadiens. “This agreement with TSN is a testament to our commitment to provide our fans with a comprehensive and quality broadcast on English television for the foreseeable future.”

“The Montreal Canadiens are an iconic franchise with a very passionate fan base, and TSN 690 is proud to continue to provide comprehensive live coverage of all their games, as well as extensive pre-and post-game coverage and analysis,” said Chris Bury, Program Director, TSN Radio 690 in Montréal.

Further details, including channel placements and broadcast teams for TSN’s coverage of the Montreal Canadiens will be announced in the coming months.

Montréalers can set their dial to AM 690, listen online at TSN.ca/Montreal, and tune in with the TSN GO and iHeartRadio mobile apps for live game broadcasts, including extensive pre-and post-game coverage. TSN 690 also provides in-depth coverage of the Canadiens with HABS BREAKFAST at 8:05 a.m. ET during THE MORNING SHOW with Conor McKenna, Shaun Starr, and Rick Moffat, HABS LUNCH, a daily show hosted by Tony Marinaro and Chris Nilan weekdays at 12 noon, and analysis from an all-star roster of Hockey Insiders and experts, including Bob McKenzie, Darren Dreger, Francois Gagnon, and Pierre McGuire.