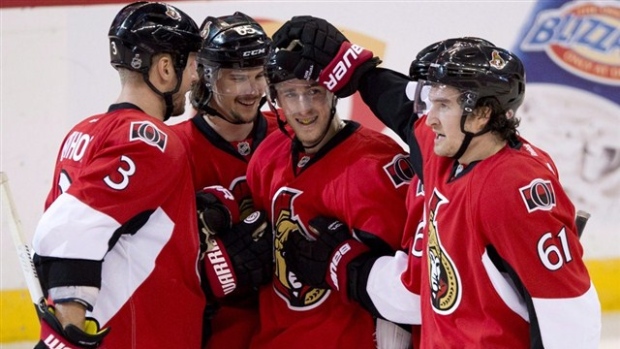 With the NHL regular season right around the corner, TSN.ca profiles each team leading up to puck drop. Next up is the Ottawa Senators - who look to return to the post-season after parting ways with their captain for the second straight summer. Catch up on their off-season moves and the issues they face this season, as well as their analytical breakdown by TSN's Scott Cullen.

October was unkind to the Senators, who opened the season on a six-game road trip that provided just one regulation win. Matters were not much better at home as the Sens dropped five straight contests at Canadian Tire Centre after dropping New Jersey in their home opener midway through the month.

Craig Anderson's head injury opened the door for Robin Lehner in November, with the young Swedish netminder posting a 3-0-2 record in his teammate's absence. His success resulted in a time-share that lasted until the early part of the new year. 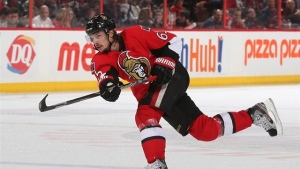 The Sens stormed back from an 0-2 deficit to win the Heritage Classic in front of 54,000-plus at GM Place in Vancouver and despite being on the outside of the playoff bubble, they went out and added help at the trade deadline acquiring winger Ales Hemsky from Edmonton for a pair of draft picks.

The immediate result was both positive and negative. The upside was that Hemsky and Jason Spezza clicked offensively and the Czech winger put up 17 points in 20 games with the Sens. The downside was that the team dropped eight of nine on the heels of the Heritage Classic, officially killing their playoff dreams.

The free-falling Leafs, Canucks and Jets helped bolster the Senators' final finish of 21st in the overall standings, but it was difficult to find a lot of positives having spent so long on the outside looking in.

Erik Karlsson posted another outstanding season in his first year back from 2013's Achilles injury, posting a team-leading 74 points in a full 82 games.

Games 1-20: Even with really strong percentages, couldn't gain ground because of poor posession results, with Spezza and Michalek off to particularly poor starts.

Games 21-41: Such is the nature of percentages -- they tend to fluctuate -- and Sens were suddenly below average in both in the second quarter.

Games 63-82: Addition of Hemsky helped possession, but percentages going in opposite directions offset each other.

After a few months of trade speculation, Spezza was finally shipped out of the nation's capital to the Dallas Stars in a deal that brought in forward Alex Chiasson. To top it off, the Stars then went out and signed Hemsky as a free agent - taking two of Ottawa's top six forwards from last season.

Spezza lasted just one season as team captain and the team once again starts the search at training camp. Karlsson is definitely a candidate, as well as veteran Chris Phillips as he closes out his career with the only team he's ever played for. The 36-year-old starts the year 35 games shy of Alfredsson's all-time club record of games played.

The team did well to get some help up front in landing centre David Legwand. He's not a replacement for the numbers Spezza put up, but he provides leadership and is a two-way centre who should definitely flourish under MacLean. 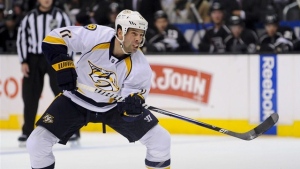 For the remainder of the roster, it's all a question of progression.

If Kyle Turris can put up first-line numbers, then the Spezza void may not be that large, especially if the team continues to get elite production out of Karlsson. Both Anderson and Lehner have the talent to backstop the team to numbers above expectation, but for that to happen the team needs to first get its leadership - and subsequently, it's young core - settled.

How will the Sens fill the offensive void left by their No. 1 centre's departure and can Kyle Turris be a top line centre? Mika Zibanejad, David Legwand and Zack Smith are behind him and it will be difficult to match that production they once had with Spezza down the middle.

2. Who will take charge?

Who will be selected as the next leader after the captain has left town for the second straight year? Defenceman Chris Phillips and forwards Clarke MacArthur and Chris Neil are candidates, but Karlsson is the present and future and could be looked upon to lead this retooling club.

3. Which Paul MacLean will be behind the bench?

Bryan Murray issued a warning to his head coach in the off-season to return to the way he coached in 2012 season. Two years ago, he was more of a player's coach and it wasn't the same case last season.

Both Lehner and Anderson signed new deals in the off-season - who will emerge as the No. 1? Lehner has youth and potential on his side, but Anderson recently signed a contract extension that keeps him in the nation's capital for a few more years.

5. Will a long off-season be enough time to help Erik Karlsson return to his Norris-winning ways?

Karlsson said last year he still hadn't recovered from the Achilles injury. But he still put up 74 points. It will be interesting to see how he'll fare this year at 100 per cent.

A list of the Senators' top prospects as ranked by TSN Director of Scouting Craig Button. 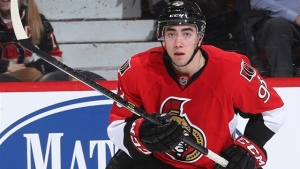 A 21-year-old centre who was the sixth overall pick in 2011, Zibanejad has been a really good two-way player through his first 120 NHL games, with excellent possession stats, despite finishing with a minus-15 rating last season.

With Jason Spezza and Ales Hemsky leaving, there are opportunities in Ottawa for young forwards to play a more significant role, and none are better prepared than Zibanejad, who has averaged under 14 minutes per game to this point in his career.

He will theoretically have to compete with veteran centre David Legwand for quality ice time, but if Zibanejad plays 17-18 minutes per game and stays healthy, a 50-point season is possible.