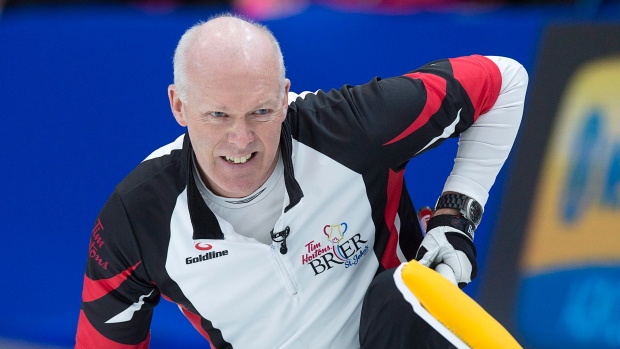 TORONTO (November 9, 2017) – TSN is Canada’s home for curling fans as the top curlers from across Canada begin their quest to compete in the 2018 PyeongChang Winter Olympic Games. With over 90 hours of live curling action, TSN’s live coverage begins with the Home Hardware Road to the Roar Olympic pre-trials this weekend (Nov. 11 and 12) from Credit Union Place in Summerside, P.E.I., and continues with the Tim Hortons Roar of the Rings from Ottawa’s Canadian Tire Centre from Dec. 2–10, where Canada’s Olympic curling representatives will be determined.

TSN’s acclaimed curling broadcast team for the Home Hardware Road to the Roar features play-by-play announcer Vic Rauter, along with analysts Russ Howard, a 2006 Olympic gold medallist and two-time Brier and World Curling champion, and 2010 Olympic silver medallist Cheryl Bernard. The team is joined by Bryan Mudryk, who shares play-by-play duties with Rauter, as well as Scotties and World Senior Champion Cathy Gauthier, who provides analysis for the Tim Hortons Roar of the Rings.

Two women’s and two men’s teams from the Home Hardware Road to the Roar will join a star-studded slate of national, world, and Olympic champions headlining the Tim Hortons Roar of the Rings, including the following skips:

Throughout the Home Hardware Road to the Roar and Tim Hortons Roar of the Rings, subscribers can access live streaming and on-demand viewing of the tournament via TSN.ca and the TSN GO app which also provides highlights, updated scores and standings, draw recaps, and more.