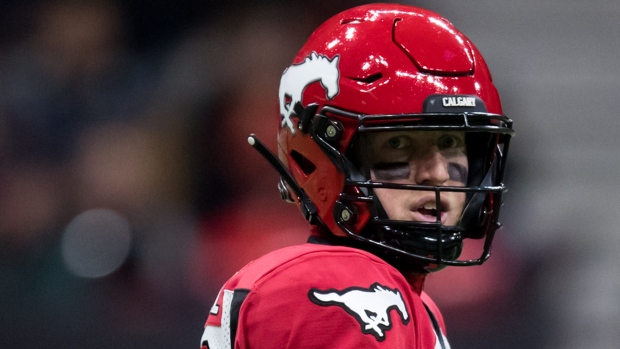 Mitchell's 2018 Grey Cup championship ring and the one he received for being the CFL's outstanding player that year were both taken from a parked vehicle Jan 2, according to police. A suspect has been arrested and charges are pending but the rings haven't yet been located.

"Given the uniqueness of these rings, it is highly likely that someone in our community knows where they are or will come across them," Calgary Police Service Cst. Sean Lynn said in a statement. "These rings represent more than just a piece of jewelry, they represent significant accomplishments and we would all like to see them returned to the rightful owner."

The six-foot-two, 198-pound Mitchell was named the CFL's outstanding player after passing for 5,119 yards with 35 touchdowns during the 2018 regular season. He capped the year by leading Calgary past the Ottawa Redblacks 27-16 in the Grey Cup and was named the game MVP after completing 24-of-36 passes for 253 yards with two TDs and two interceptions.