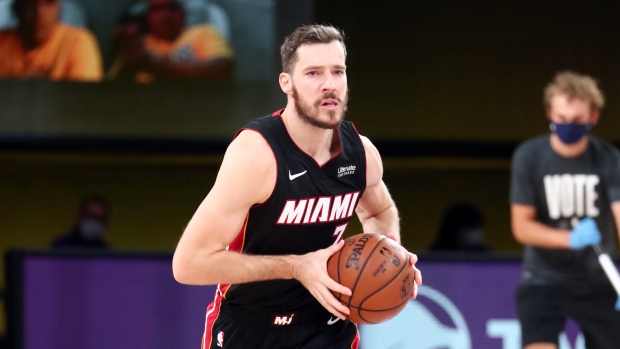 The Miami Heat will have point guard Goran Dragic Wednesday night against the Toronto Raptors, but they will be without shooting guard Tyler Herro.

Herro will miss his second straight game with a hip bruise, while Dragic returns after missing the last nine games with an injured ankle.

Herro is enjoying a strong sophomore season, averaging 16.9 points on 45.1 per cent shooting.

When on the court, Dragic has been his usual consistent self, scoring 14.4 points per game to go along with 5.3 assists in 17 games.

Meanwhile, for the Raptors, point guard Kyle Lowry will return after a four-game absence because of a left thumb injury.

Following Wednesday's tilt with Toronto, Miami will be back in action Friday night as they host the NBA-leading Utah Jazz.