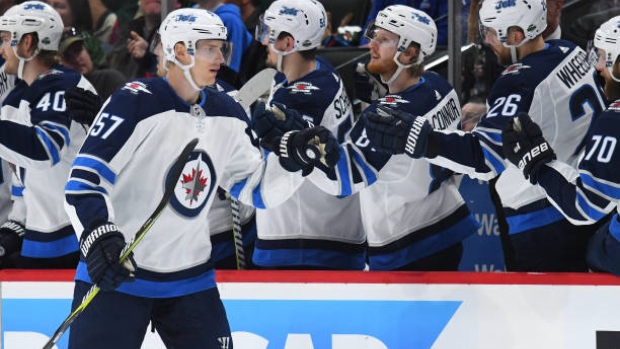 Pending unrestricted free agent defenceman Tyler Myers will meet with a handful of teams ahead of free agency, starting with the Vancouver Canucks on Sunday, according to TSN Hockey Insider Pierre LeBrun.

Pending UFA D Tyler Myers will meet/speak with a handful of teams over the next week, starting with a visit in Vancouver on Sunday. The Myers camp waiting to hear back from the Jets as well

LeBrun added Myers' camp is waiting to hear back from the Winnipeg Jets as well.

The 29-year-old scored nine goals and recorded 31 points in 80 regular season games with the Winnipeg Jets this past season. Myers did not record a single point in six playoff games.

Myers was originally selected by the Buffalo Sabres 12th overall in the 2008 NHL Draft. The 6-8 defenceman was traded to the Winnipeg Jets in 2015. The trade included Drew Stafford, Brendan Lemieux, Joel Armia, and a first-round pick to the Sabres in exchange for Evander Kane and Zach Bogosian.

In his rookie season, Myers won the Calder Trophy as a member of the Buffalo Sabres.

Myers is coming off a seven-year $38.5 million contract that he originally signed with the Sabres.