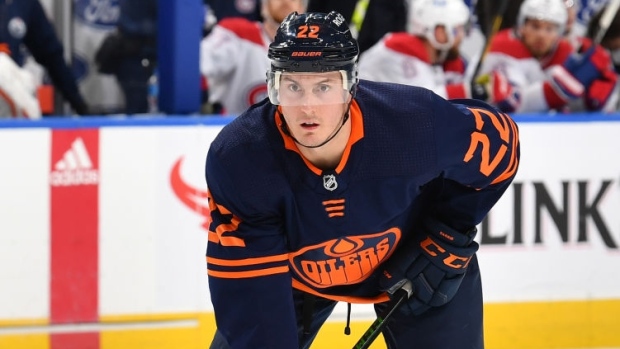 The Edmonton Oilers re-signed defenceman Tyson Barrie to a three-year, $13.5 million contract on Wednesday, according to TSN's Ryan Rishaug.

The deal, which came just hours before Barrie reached unrestricted free agency, will carry an average annual value of $4.5 million.

Can confirm Barrie deal is 3x4.5m per source.

Barrie, 29, signed a one-year, $3.75 million contract with the Oilers last season and tallied eight goals and 48 points in 56 regular season games. He also had one assist in four playoff games.

The Edmonton Oilers have also agreed to a four-year, $13 million deal with defenceman Cody Ceci.

The 27-year-old blueliner spent the 2020-21 season with the Pittsburgh Penguins, scoring four goals and adding 13 assists.

Ceci spent the 2019-20 season with the Toronto Maple Leafs after playing with the Ottawa Senators for the first six years of his career.

The Ottawa native is coming off a one-year, $1.25 million deal he signed with the Pens in October of last year. It was his third consecutive season played on a one-year contract.