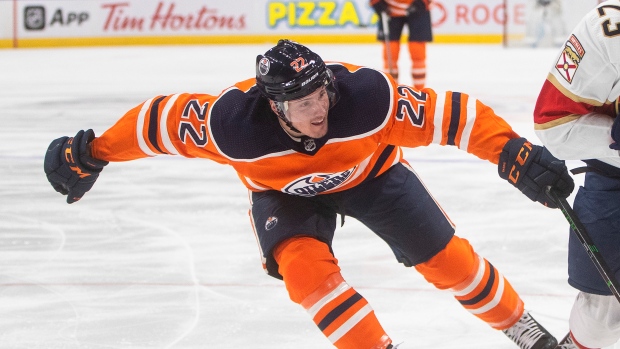 Barrie is out, Kassian has non COVID illness and is questionable for tonight according to Tippett.

Upper and Lower body injury for Barrie according to Tippett https://t.co/2EcrdLNQBP

Barrie recorded three shots in 18:51 of ice time as the Oilers were shut out 6-0 for their seventh straight winless outing. Barrie was not on the ice for the Oilers' morning skate on Saturday.

Mikko Koskinen will start for the Oilers between the pipes and be backed up by Stuart Skinner.

After the showdown between provincial rivals, Edmonton will be back in action in Vancouver Tuesday against the Canucks.