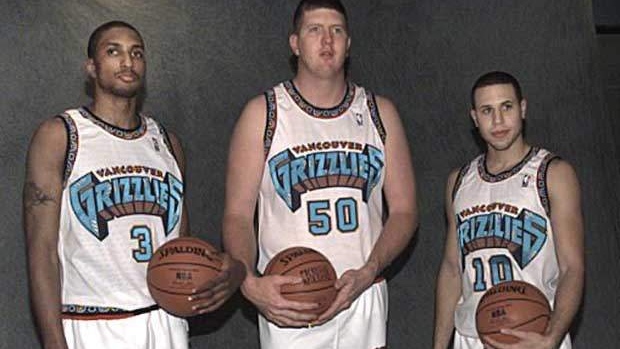 Toronto, ON (November 10, 2021) - UNINTERRUPTED Canada in partnership with Crossover Films and Bell Media today announced the production of a full-length original documentary feature titled THE GRIZZLIE TRUTH. The film explores the mysterious departure of the Vancouver Grizzlies NBA franchise through the eyes of director and superfan Kathleen S. Jayme. Her search, 25 years after the team left, explores the unique and remarkable untold story behind the franchise’s downfall and the impact it had on the community. Much more than a sports story, THE GRIZZLIE TRUTH is a blend of mystery, mixed with a comedy of errors and a true underdog epic that drives Jayme’s search for the truth about what happened to the franchise. Production and principal photography are currently underway with a theatrical debut with Photon Films set for Fall 2022 and broadcast debut with Bell Media in Winter 2022.

“I am so honoured to be able to tell the story of a team that means so much to me and so many other fans and ballers that were impacted by the Vancouver Grizzlies,” said Director Kathleen S. Jayme. “This untold story has stuck with me for two decades, and I’m so excited to partner with Bell Media, UNINTERRUPTED Canada, and all our partners to share the epic journey of the Vancouver Grizzlies and explore the powerful connection fans have with their hometown team, win or lose.”

THE GRIZZLIE TRUTH pays tribute to the franchise that connected a city and sparked a passion for the game of basketball in Jayme and other young fans. For many, the Vancouver Grizzlies were more than just a team – they taught a community to dream big and keep persevering. Even though the team only existed in the city for six seasons, its legacy lives on throughout Vancouver and within the many lifelong basketball fans that it created throughout British Columbia.

“This project presents a rich opportunity to explore an intriguing part of sports history that has never really been told,” said Executive Producer & Chief Content Officer of UNINTERRUPTED Canada Vinay Virmani. “The passionate lens that Kathleen brings to the story as both the director and a lifelong Grizzlies fan creates an authenticity that will pull in basketball fans from across the country and around the world.”

Bell Media delivers the premiere of THE GRIZZLIE TRUTH exclusively to Canadian viewers on TSN and Crave platforms. Photon Films oversees theatrical distribution in Canada, with UNINTERRUPTED overseeing US and International distribution. The film is produced by Crossover Films and Christie Street Creative with funding support from Bell Media, Canada Media Fund, Telefilm Canada, Rogers Documentary Fund, and Creative BC.

“This documentary is a compelling story of basketball fandom on Canada’s West Coast, told with genuine devotion to the Grizzlies,” said Nathalie Cook, VP, TSN and RDS. “Viewers across the country will connect with Kathleen S. Jayme’s unique storytelling lens, as the film brings back heartfelt memories and answers decades-old questions.”

This is the fifth long-form feature presented by UNINTERRUPTED Canada, following the highly successful debuts of ANYTHING IS POSSIBLE and FAMILY FIRST: Meet the Nurses, in addition to PARLAY – The Fred VanVleet Story and BLACK ICE, which are both currently in production.

UNINTERRUPTED Canada, co-led by CEO Scott Moore and Chief Content Officer Vinay Virmani, in partnership with Drake, is the first international expansion of the athlete empowerment brand, UNINTERRUPTED, founded by LeBron James and Maverick Carter. The company is built upon the radical idea that all athletes should have a platform to express themselves without intermediaries. From this premise, a mission was born: to empower athletes from all walks of life to communicate in an unimpeded way and to be More Than an Athlete. UNINTERRUPTED is upending the world of sports media by working with athletes to tell unique, human stories from their point of view. Through content, products, events, partnerships, and educational opportunities, UNINTERRUPTED is changing the way athletes engage with the public and empowering them to be known and valued for more than the sport they play.

Director Kathleen S. Jayme and Producer Michael Tanko Grand's first Crossover collaboration, Finding Big Country was the beginning of a creative partnership with a focus on heartfelt, character-driven films told from a unique perspective. We love underdog stories, stories full of mystery, comedy, and drama. Crossover Films is currently in production on its first feature length film The Grizzlie Truth which won the Telefilm TIFF Pitch This! Award in 2019 and tells the untold story of the ill-fated Vancouver Grizzlies. The Grizzlie Truth is being produced with UNINTERRUPTED Canada, Bell Media, and Christie Street Creative with Photon Films distributing in Canada.