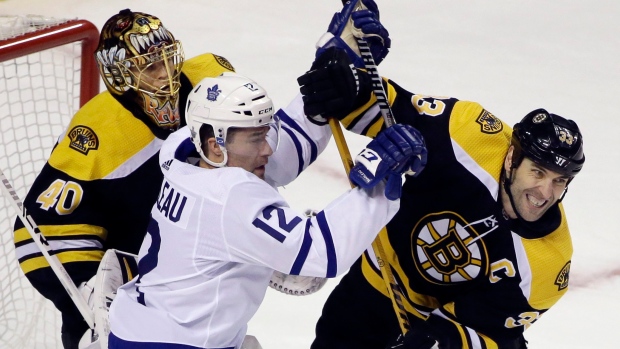 Monday’s article on Vancouver Canucks forward Brock Boeser and his impressive rookie campaign prompted a series of questions about similarity scores and how we might be able to apply it to other forwards around the league.

Sadly, I couldn’t satisfy any requests for defencemen. I simply hadn’t included them in the comparison. Because it’s early August and I can get away with it, I wanted to re-introduce the topic of similarity scores and use today’s piece to talk about some of the interesting findings across NHL blueliners.

As a quick refresher, reference Monday’s note on the creation of similarity scores:

There is a bunch of ways of creating similarity scores or comparable player profiles. I prefer to create a series of z-scores – the number of standard deviations from the mean a data point is – for a series of statistical measures. In the immediate case, I referenced measures related to individual player production (think scoring rates, shooting percentages, penalties drawn, shot generation) and on-ice performance (how shots and goals fell with the player on the ice, deployment, etc.). Then, I created quick lookup tables to match players with comparable statistical backgrounds.

The table at the bottom of the page shows both the most similar and most dissimilar statistical comparables for every defender last year, minimum 400 minutes played. Review at your own leisure. Again, keep in mind that these are descriptive measures and really a tool for benchmarking more than anything else.

A few thoughts, in no particular order:

- Two defensive pairings were virtually indiscernible from one another. In Carolina, it was Brett Pesce and Jaccob Slavin (0.88), and in Calgary it was Dougie Hamilton and Mark Giordano (0.87). Considering the sheer number of minutes these guys played together at 5-on-5, that’s not a surprise. What is interesting though is there were a number of non-teammates who were just as statistically comparable. Philadelphia’s Travis Sanheim and Vegas’ Colin Miller (0.85) also had remarkably similar seasons on a rate basis, as did Dallas’ John Klingberg and Toronto’s Travis Dermott. Obviously the latter flatters Dermott – who played 37 games in his rookie season – quite a bit, but I also think it speaks to how effective the Leafs were offensively with him on the ice. I fully anticipate Dermott seeing a full NHL season next year, probably moving around between Toronto’s second and third pair. (For what it is worth, Dermott also saw very comparable results to Boston’s Matt Grzelcyk and Philadelphia’s Shayne Gostisbehere.

- I was also curious to look at who most closely compared to some of the league’s former Norris Trophy winners: