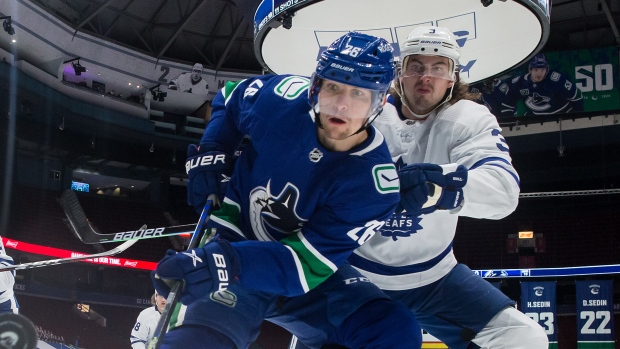 Vancouver Canucks forward Antoine Roussel suffered a lower-body injury Tuesday against the Toronto Maple Leafs and did not return.

The injury happened in the final minute of the first period after he fell over teammate Jayce Hawryluk.

Roussel had zero points in just over five minutes of ice time before departing the matchup.

The 31-year-old has one goal and three assists in 34 games so far this season for the Canucks.

Vancouver went on to win the game 6-2 for their second win over the Leafs in three games.