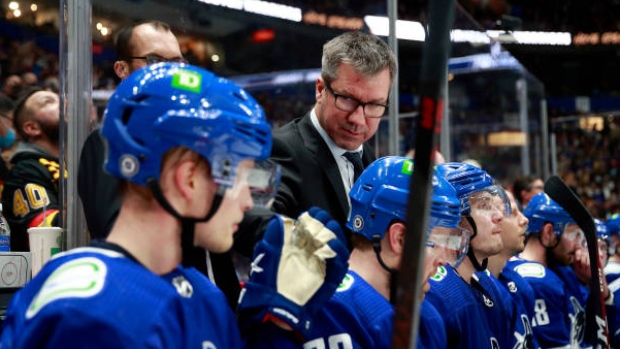 The Vancouver Canucks announced that assistant coaches Brad Shaw and Jason King will remain with the team in their current roles while assistant coaches Scott Walker, Kyle Gustafson and video coach Darryl Seward will not return for the 2022-23 season.

Goaltending coach Ian Clark will also return for another season.

"We would like to thank Scott, Kyle, and Darryl for their hard work and contributions to the organization during their Canucks tenures," said Canucks general Patrik Allvin. "We are pleased with our current coaching staff and look forward to expanding on the momentum they built last year."

Bruce Boudreau announced his return as head coach on May 13 after taking over midway through the 2021-22 campaign.

Starting the season 8-15-2, the Canucks went 32-15-10 under Boudreau, going from last place in the Pacific Division to finish five points out of a playoff berth.